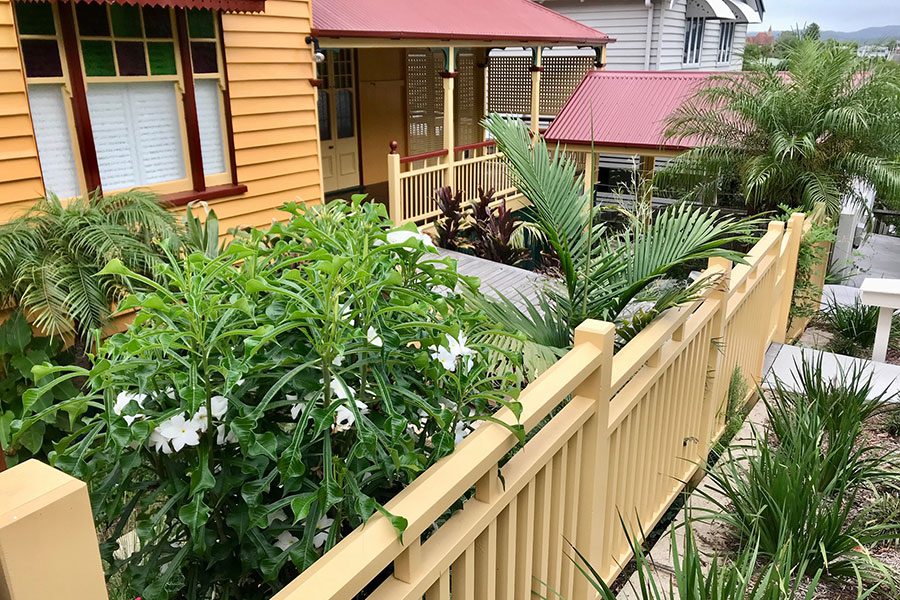 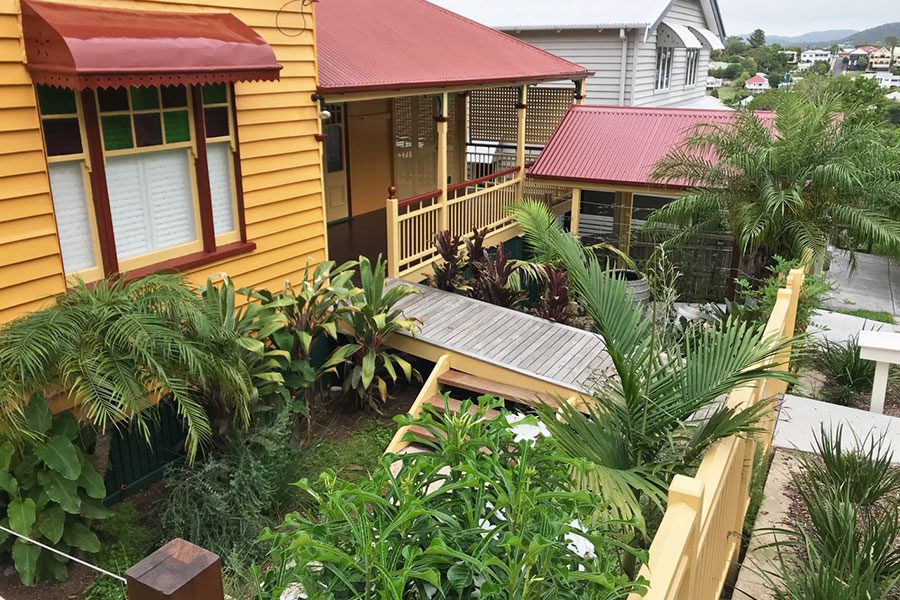 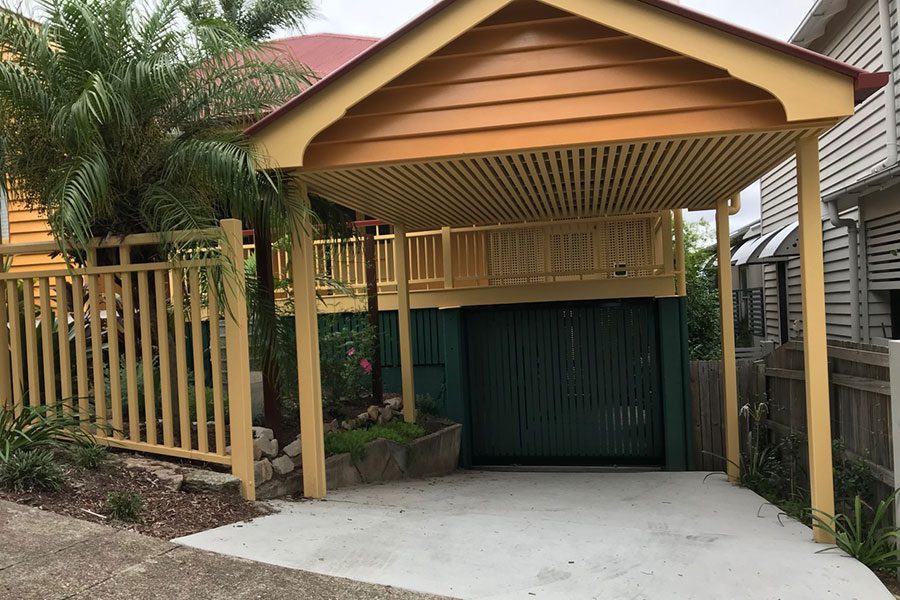 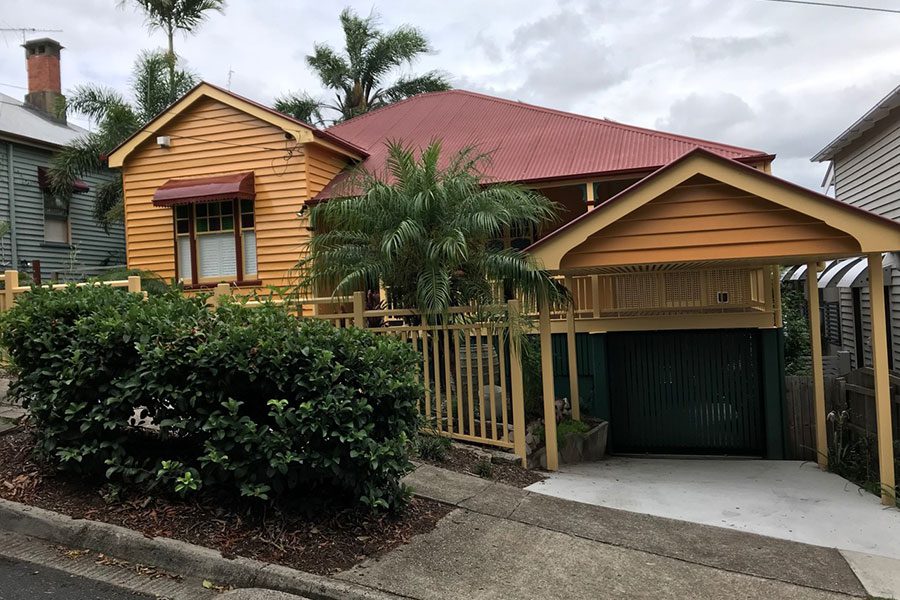 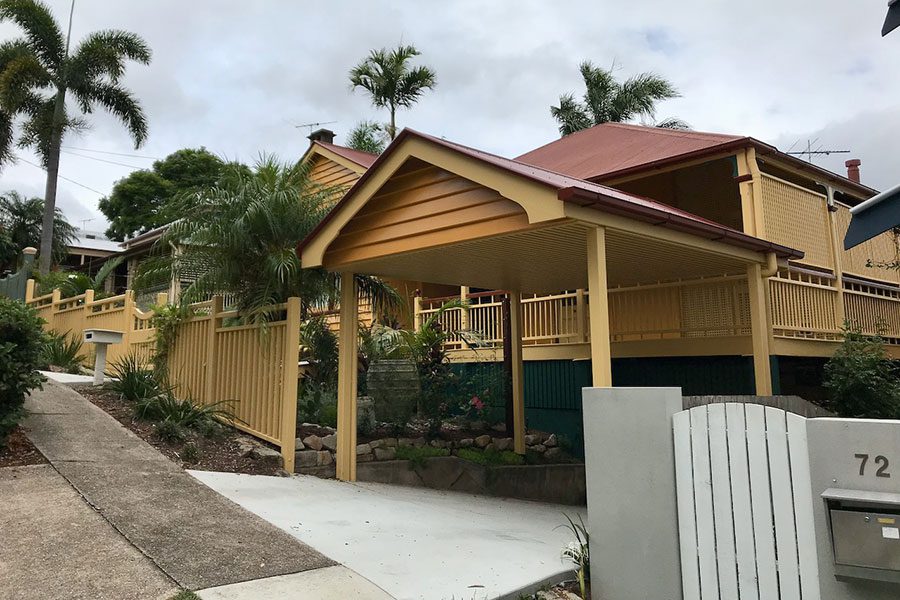 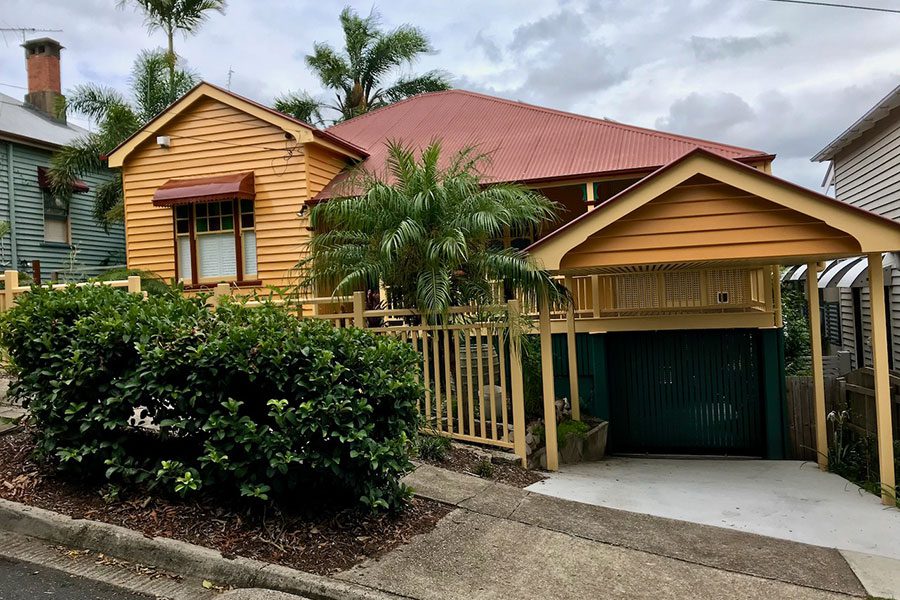 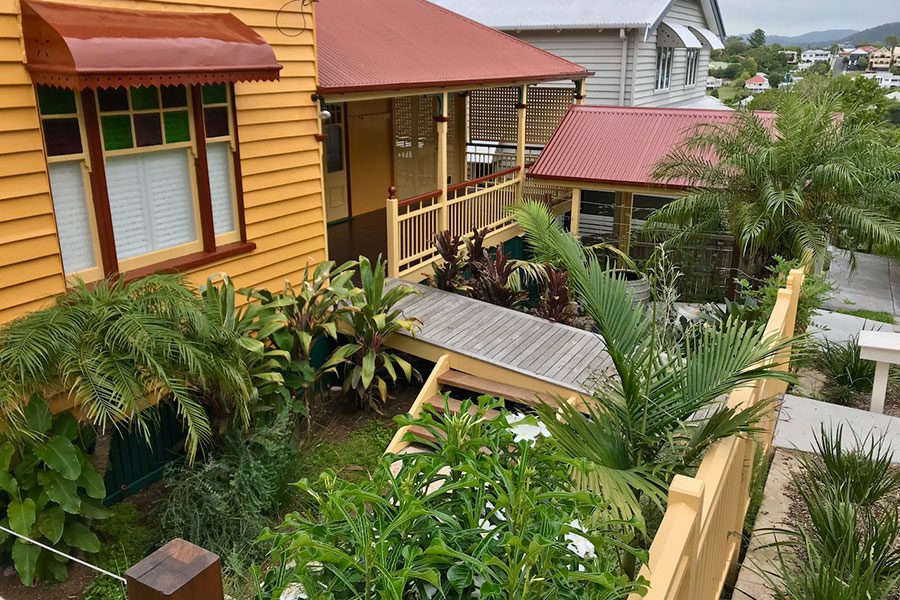 On this project we had an old timber sleeper driveway which made getting in and out of the car difficult on this sloping sideways site and there was no carport.

Improve access – Prior to the renovation, to access this pre-war house was by walking up the footpath and then down into a courtyard and then up stairs to a deck. It was a real effort.

So we built a ramp from the footpath to the new fence, then another ramp across the courtyard which made the whole transition from car to house so much easier.

The fence we researched similar era houses and copied what this would have looked like originally. The handrail was not available off the rack so we made it ourselves to reflect the original.

We made the decorative gable of the new carport the same as the existing house so as to make it look like it had always been there despite some 90 years difference in time between builds.

Landscaping then followed to really transform this property.